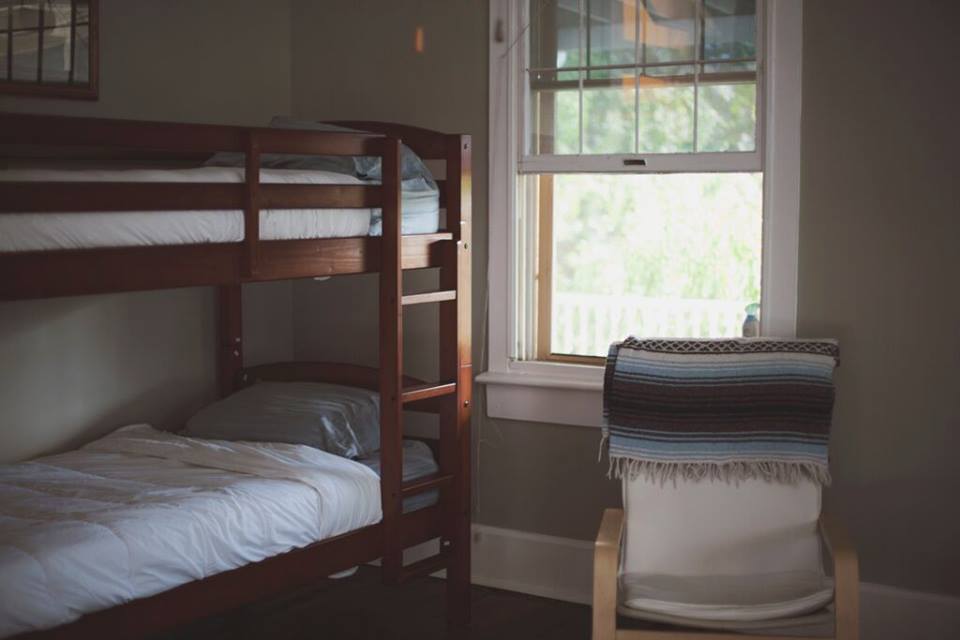 If you’re not yet familiar with the term hostel, you may soon find yourself in the minority. Hostels, a staple in the budget travel world for years, have entered the mainstream, with everyone from institutional investors to major media buzzing on what is poised to be one of the biggest travel trends of the next decade.

For the uninitiated: hostels are shared accommodation spaces, typically including bunk beds in dorm style rooms with shared common rooms and group activities. Travelers seek out hostels not just to stay inexpensively in new cities, but to tap into a social atmosphere and meet more people than they would in a traditional hotel. Hostels offer experiences, not just a place to sleep, and they draw visitors in with tours, intimate local adventures, and an ambiance that offers a deeper connection with the place they’re visiting.

This isn’t a new idea. The hostel has a long and storied history in Europe, where there are over 10,000 hostels,compared to about 300 in the US). And yet, for all their success on the other side of the Atlantic, they have only recently gained a foothold in the United States. The US has just 3 percent of worldwide hostel properties and 10 percent of global hostel revenue; to put that in perspective, the U.S. represents a commanding 28 percent of global hotel revenue.

Hostels can seem mysterious and inscrutable to people who haven’t stayed in one. While the majority are independent locations run by former backpackers (including your’s truly), many of the world’s established hotel brands have recently announced plans to enter the hostel market. Global real estate funds, billionaires, and other institutional investors are poised to pump millions into hostels. All of which suggests that the market is about to balloon in size and scale.

How did this happen? How did this European travel quirk become a multi-million dollar industry poised to overthrow travel as we know it? Well…

A brief scan of internet headlines can only lead to the conclusion that “millennial” is the most overused word of our era. But permit me another mention of this cohort. Why? Because they are big spenders, and their dollars are headed to hostels.

By 2020, millennials as a group will pump $1.4 trillion into the economy, according to a recent report from Accenture. That’s trillion—with a ‘t.’  A decent chunk of that money will find its way into the travel and hospitality industry. And Millennials do not travel the way their parents did. For one thing, Millennials aren’t looking for your standard issue hotel room. That fact is not lost on anyone, including Marriott’s head of global operations, who offered the pained confession that “what we’re finding is that the next-generation consumer wants the exact opposite of what we’re delivering.” Not exactly the come-stay-with-us slogan you’d expect, but at least he’s honest.

And he’s right: Millennials as a traveling group are quirky. They value experiences more than material goods. They treasure hospitality over simple lodging. Much though their selfie-taking may drive people crazy, they’re looking for things that will make them look interesting on Instagram. You’d be surprised at how that can influence the way they travel, but think about it: Would you rather snap a photo of yourself in a cookie-cutter Marriott lobby, or in the common room of a boisterous hostel? Depending on your age, you may not be able to answer that question, or you may not get how important it is. Believe me, Millennials do.

How do hostels fit into that consumer picture? Well, hostels offer plenty of photo-worthy opportunities (as I know from personal experience). But more than that, they offer authenticity and uniqueness. No two hostels are the same, whereas hotel chains go out of their way to maintain a consistency of experience. At a hostel, you never know what to expect; hotels make their bones on living up to expectations. Millennials want the unpredictability of hostels over the stale, seen-one-you-seen-em-all quality of hotels.

This has leading brands including Marriott and Hilton exploring “hostel-like” concepts. Hilton’s chief executive Chris Nassett said in March of this year that the brand was looking to create a more unique, hostel like experience for Millennials. Or in his words, “something that has more of an urban flair.” His hope, and the hope of most hotel operators, is that by catering to Millennials now, Hilton can “get them loyal to our system, and trade up as they move on in their lives.”

If they can succeed, they won’t need to wait till later in Millennials lives to see returns. Millennials are traveling more than ever and outspending almost all other demographics. Stay Wyse forecast spending by young overseas tourists around the world to rise to $336 billion by 2020 from $230 billion in 2014. Another report by the independent travel research company Phocuswright showed hostel travelers spend more in absolute terms ($4,474) than the general traveler ($3,155) yearly.

If Millennials spend more than the general traveler and want what hostels provide, it doesn’t take much to envision the next wave of hospitality that will hit America.

Institutional money is flowing into hostels—to the tune of millions of dollars.

There’s that old line about the bank robber Willie Sutton. When asked why he robbed banks, he replied, without missing a beat, “Because that’s where the money is.” Investors operate on the Willie Sutton school of making a buck—and they are seeing the potential in the hostel market as well.

They are investing big dollars. In 2011, billionaire Ron Burkle raised $250 million to open up hostels are the United States. His “Freehand” creations are now a fixture in the accommodation scene in Miami, Chicago, and LA, with more planned. In Europe, the French real estate investment company Fonciere des Regions set aside around 400 million euros ($450 million) to invest in European hostels through 2018. London based Patron Capital Partners purchased the majority stake in Generator Hostels in 2007 and pledged to invest $200 million across hostel properties. They sold 23 percent of Generator in November 2014 to Invesco Real Estate for $60 million.

Why does institutional investment matter? Credibility. When big players put their money on the line, more investors follow. The signaling effect of big investment is powerful, and the marketplace opens up as other institutional investors become more comfortable investing. Liquidity opens the doors to big time money, and when checks start having nine figures before the decimal, they’re sure to attract some attention.

Hostels are becoming as American as apple pie.

Lack of awareness has long been hostel’s greatest enemy in America, but that has begun to change. At this point, the most mainstream of the mainstream media has begun to devote coverage to the trend. The hostel trend has attracted attention from The New York Times, The Wall Street Journal, The Washington Post, USA Today, CNN, and many more in the past 2 years. Why does that matter? Because it helps to puncture all the negative stereotypes that people have about hostels. It opens the very idea up to a new audience, and it can even make them seem interesting and hip. Those of us who have stayed in and worked in hostels knew that already—think of us as hostel hipsters—but it’s refreshing to see it confirmed by the more reliable sources of information the public has.

I’ve seen the effect in my own hostel. Here at HK Austin, I can’t tell you how many times I’ve heard “this is my first time at a hostel” when hosting an American traveler. It’s only a few days after that that they come up to me waxing about how great the experience is, how they wish they had known about hostels earlier, and about how they will only stay in hostels from here on out. I’m proud of what we’ve done at HK Austin, but I don’t think we’re unique in inspiring this kind of conversion. It’s a self-serving cycle: As more travelers stay in hostels and have good experiences, more people hear about hostels, who in turn book more beds in hostels.

Sharing is the new black

Who knew that sharing—the simple virtue all parents try to instill in their kids—would become the foundation for an entire economic movement. We share our cars (Uber), our homes (Airbnb), our workspaces (WeWork), our photos (Instagram), our thoughts (Twitter), and even our sources of information (Wikipedia). The communal aspect of daily life has exploded as access and ease of use has reached these services. People more than ever value access over ownership.

All this is good news for hostels. As people become exposed to the benefits of things like airbnb and can experience first hand the difference between hospitality and lodging, they’re coming to realize the power of real social interaction. Hostels, being on of the original ‘sharing economies’ out there, have long provided this interaction. The communal aspect is the reason travelers have stayed in hostels for decades, and as our culture becomes more familiar and comfortable with sharing (as evident by all the examples above) hostels are positioned to benefit.

The next decade will be an exciting time in the hostel world. With the number of hostels expanding across the US, there should also be a natural segmentation that occurs within the industry. Just as hotels can span the gamut from Motel 6 to the Four Seasons, hostels can be just as diverse and different. From party hostels to “poshtels” there is bound to be a hostel catering to your desire. And soon, you won’t have to look for to find one.

I also think that the hostel trend could anticipate a broader one within travel itself: the idea that travel is more about experiences and the people you meet than the places you go and the luxury you enjoy. I’m no sociologist, and I don’t play one on television, but I think part of the reason hostels have acquired so much attention is because people recognize that they feel less lonely, more engaged, and more connected when they travel hostel-style. It’s easy to go to a hotel room alone; eat at the hotel restaurant alone; walk the streets of a new place alone; and return home, feeling like you are maybe a bit better traveled, but not changed fundamentally.

I don’t think that’s possible in a hostel. Just in the way they’re designed, you can’t be alone. Food is nearly always a communal experience. Travelers are looking to travel together, stay up late into the light talking, and go to local haunts as a pack. It is, in the end, a cure for all the loneliness we say we feel (or at least what we tell researchers we feel), and it’s a useful counterweight to the pre-packaged, adventure-less exercise that travel can become. Maybe that’s taking it too far, but I don’t think it is. But hey, if you want to hash it out with me, come to the hostel. There will be a group of people here, ready and willing to have the debate.